The store will not work correctly in the case when cookies are disabled.

Sheertex is the Canadian company behind the world’s most resilient tights. But what makes them so different? With innovative technology, Sheertex is one of the most durable pantyhose brands available right now. All of their products are woven with their own innovative, patent-pending Sheertex Knit Technology composed of one of the world’s strongest polymers, resulting in pantyhose that are virtually unbreakable in human hands. When looking for tights that last, choosing Sheertex will give you sustainable tights that stretch and twist without breaking or laddering. An alternative to high street, throwaway tights that are worth the investment. And the good news is, they're now available at thetightspot.com, the only stockist in UK and Europe!

Globally we throw away over 92 million tonnes of clothing to landfill every year, the equivalent to a rubbish truck full of clothes ends up on landfill sites every second. Once a pair of tights get a ladder that runs, said pair has, unfortunately, run its course and must be retired. So hosiery is by its very nature unsustainable, as the shelf life on leg wear is less than a season.  So, what’s the solution?

Sheertex tights are enginerred to last, so confident are Sheertex of this they offer a 30 day guarantee! This means that not only do you get maximum wear out of your hosiery, making them a sound economic choice for you, you’re also drastically reducing the amount of textile waste you contribute to landfill.

By making the investment in Sheertex products, you’re lessening the need for continued purchasing. A win for you, a win for the environment, and a win for the slow fashion movement! In fact, Sheertex was named one to TIME's Best Inventions due to their pioneering technology in the hosiery industry.
Many environmentally friendly tights are now emerging and The Tight Spot is excited to see this shift in the industry. 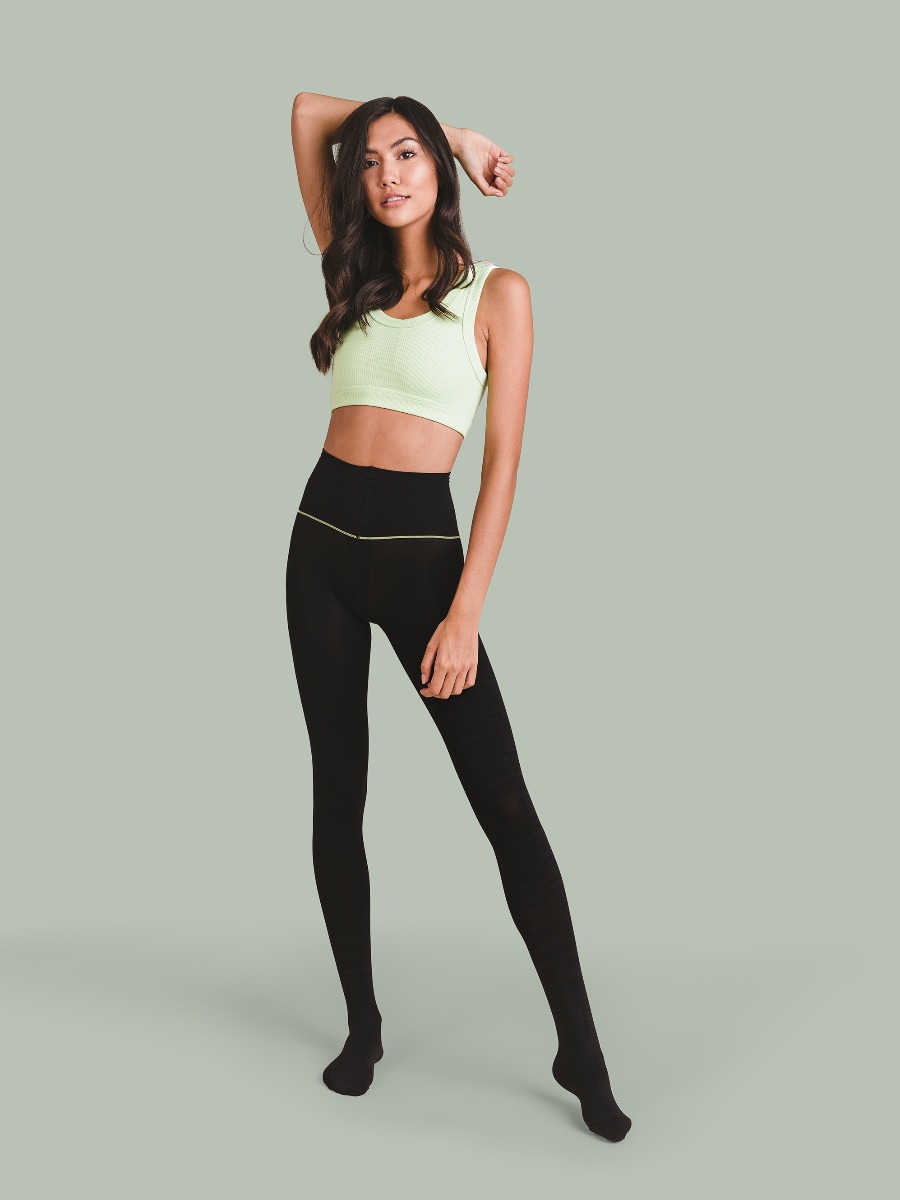 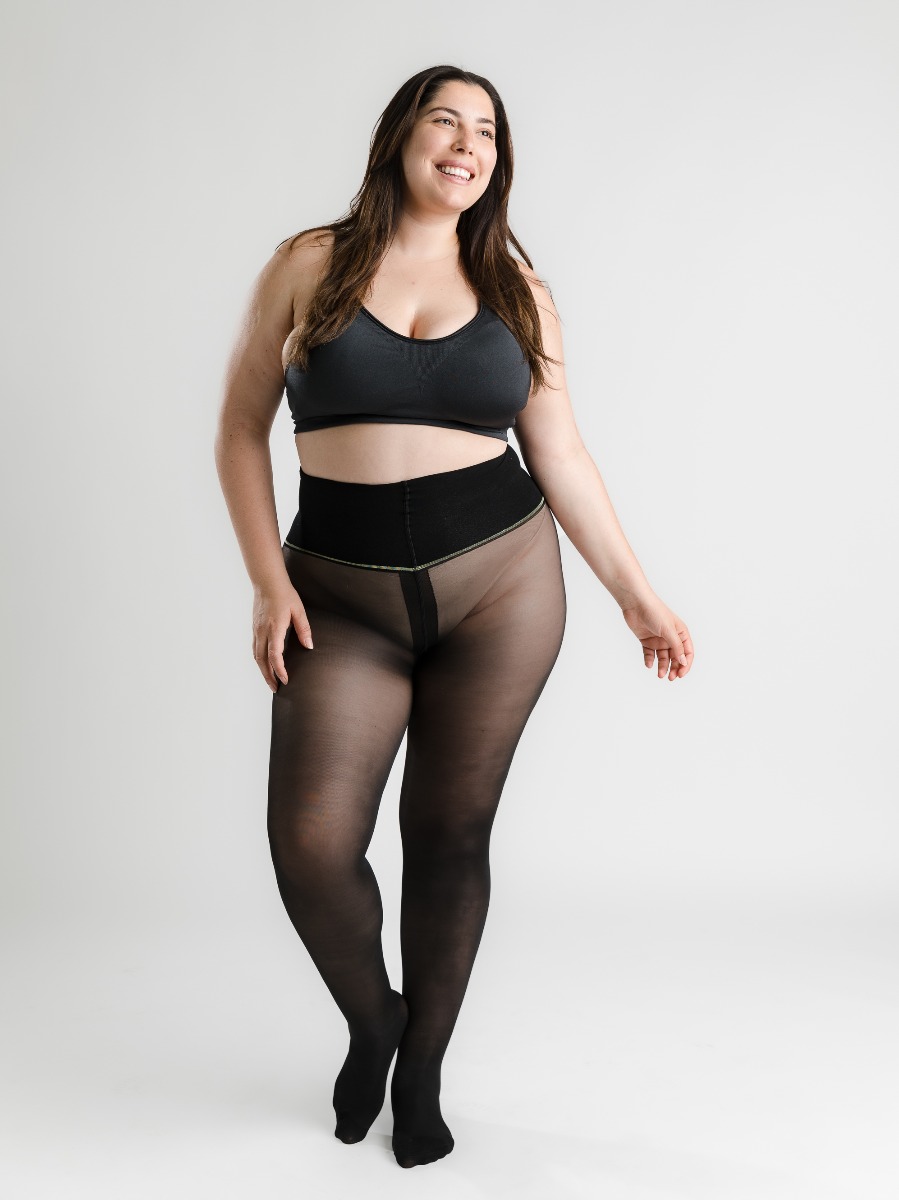 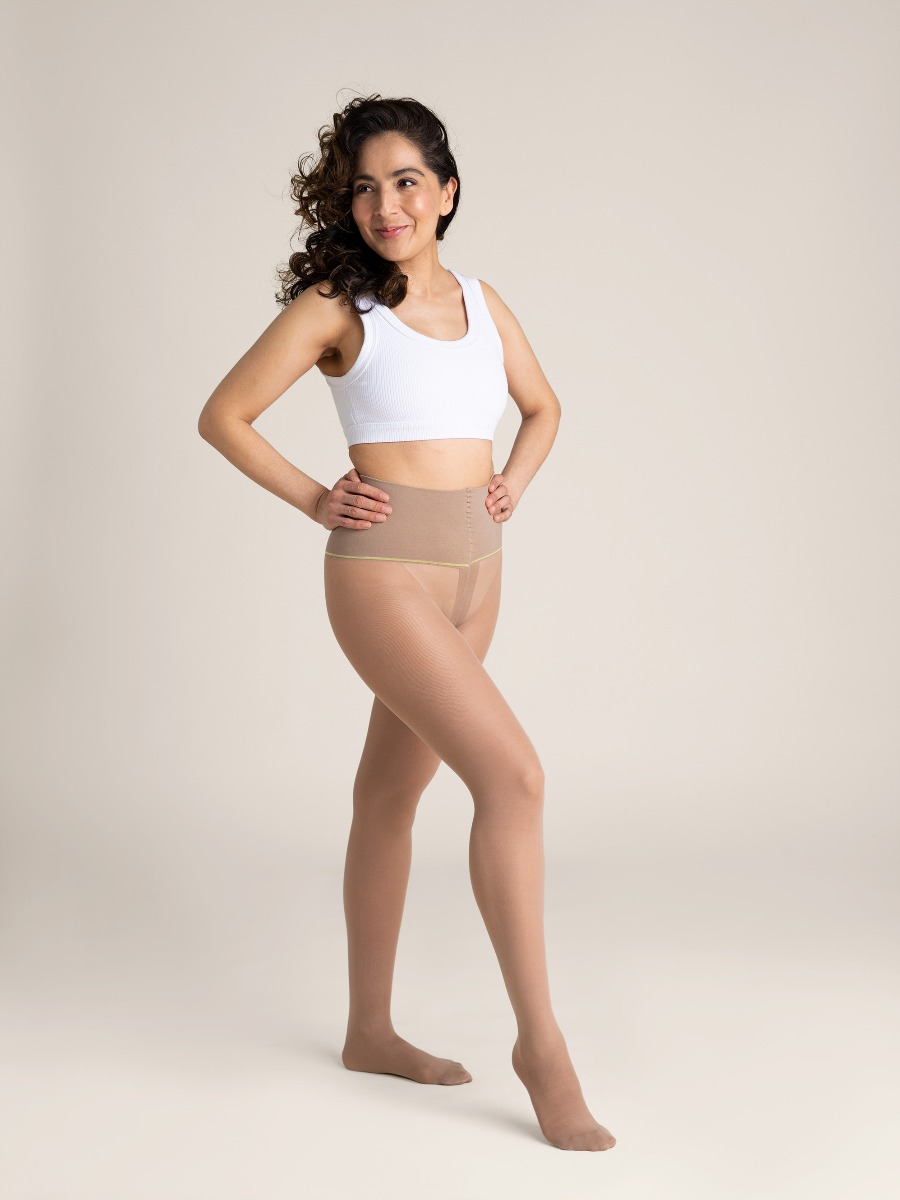 Put These Unbreakable Tights To The Test!

Sheertex is made from a proprietary fibre that uses one of the world’s strongest polymers. The material is traditionally found in sailing and climbing equipment and is 10 times stronger than steel. In fact, Sheertex tights material is so strong that traditional machinery couldn’t handle the manufacturing, which is why Sheertex built its own manufacutring facility in Canada, complete with their own custom sewing machines. Their tights are quite literally engineered to hold up against impossible situations. 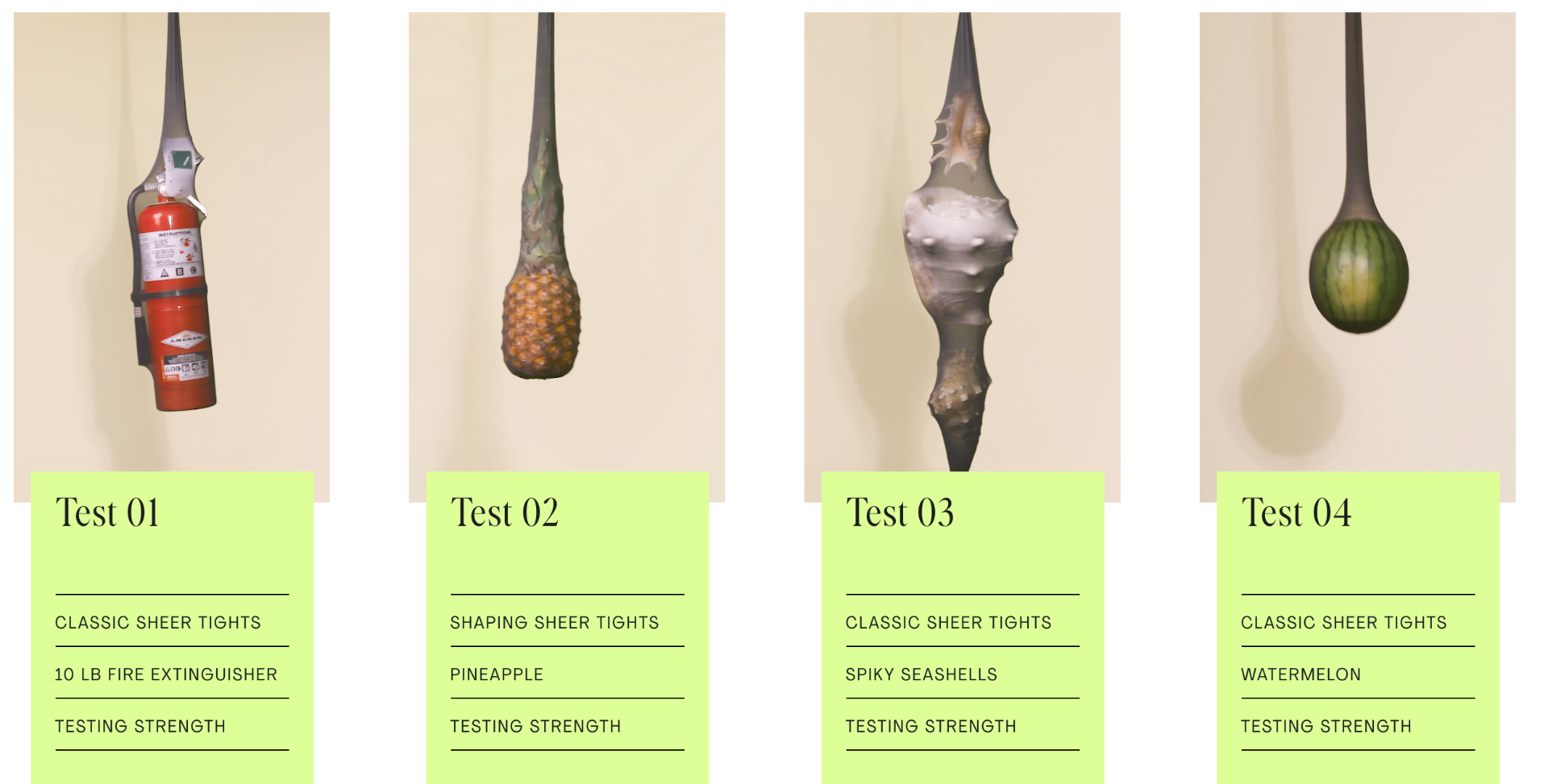 Sheertex tights boasts a range of additional benefits, aside from being super strong and durable. Sheertex is antimicrobial, meaning that the material offers protection against bacteria and mould, which ultimately extends the life of the fabric while maximising comfort.

Sheertex tights are water-resistant, so while these tights won’t keep your skin dry against rain or snow, the fabric has been treated to repel water which adds comfort on rainy days. In our option, this all makes Sheertex worth it!

The hype is catching on, with many celebrities hopping onboard with Sheertex’s indestructible tights. Most recently Selena Gomez was spotted wearing the Sheertex Classic Sheer Tights on the set for the new season of Only Murders - no surprise given these tights can withstand the demands of a TV set!

Sheertex founder Katherine Homuth wanted to create unbreakable tights after getting fed up with existing disposable hosiery. After plenty of testing, Katherine and her team created a new type of hosiery material made by combining the same fabrics used in bullet proof vests and climbing equipment. Sheertex is committed to making tights for everyone and their sizing reflects this commitment.Inclusivity is woven into the brand’s DNA, and with sizes ranging from XS to 3XL, Sheertex is committed to creating tights for everybody and every body.

Don't Just Take Our Word For It